You Have Authority Over Demons Today

Jesus had authority over demons.

Wherever Jesus went, crowds gathered. Demoniacs were often healed in those crowds.

In some cases, the demons became disruptive (see Mark 3:10–11 and Luke 4:41; see also Acts 8:7, where demons shrieked in Philip’s large meetings as they were driven out of people).

Most of the time, Jesus commanded the unclean spirits not to reveal His identity:

“When evening came, after the sun had set, they began bringing to him all who were ill and those who were demon-possessed. And the whole city had gathered at the door. And he healed many who were ill with various diseases and cast out many demons; and he was not permitting the demons to speak, because they knew who he was.” Mark 1:32–34, nasb

Regardless of the behavior of the demons, Jesus drove them out with as little as a single word (see Matthew 8:16). He also healed people who were “troubled by evil spirits” (Luke 6:18, niv). This seems to imply a lesser degree of demonic influence—“affliction” or “oppression” as opposed to “control” or “possession.” 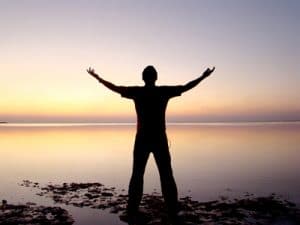 Looking at all of the Biblical examples, including those that involve Jesus’s disciples, we can observe at least six different ways that evil spirits can be compelled to leave people alone.

As Jesus’s modern-day disciples, whenever we encounter demons or unclean spirits, we can use any of these means of deliverance, as the Holy Spirit leads.

Jesus has demonstrated for us what to do. The work of the cross of the Lord Jesus Christ is perfect and complete.

Now as His disciples, we are called to enforce the victory of Calvary. We must take what we know and use it to further the spread of his Kingdom and the ongoing destruction of the works of the devil.

Characteristics of Demons in the New Testament

These scriptural case studies or snapshots of Jesus’s ministry reveal the modus operandi of demons, as well as the basic components of their personalities. Let me summarize the characteristics of demons for us.

After all, they do believe in the surpassing power of the Lord Jesus (see James 2:19). They take their knowledge of the truth and they twist it. Demons share the characteristics of the father of lies, Beelzebub, the devil himself.

They are stubborn at times and must be overcome with proper preparation and persistent effort (see Mark 5:8; 9:26–29).

We see that is the case of the Gerasene demoniac, they prefer to inhabit and torment human beings, rather than wandering around without a body, they will even settle for occupying the body of an animal.

Besides calling the bodies they inhabit “my house” (see Matthew 12:44; Luke 11:24), demons also seem to have assigned geographical territories. They prefer to stay in the country or region they currently reside in than to be banished (see Mark 5:10).

In Daniel 10:13, we can clearly see a territorial assignment. Whenever they lack a lodging place, they are restless (see Matthew 12:43).

Names Used in the New Testament

Demonic beings are ranked according to levels of wickedness: “. . . Then he goes and takes with him seven other spirits more wicked than himself” (Matthew 12:45).

Commonly they are named by the way they defile, afflict, tempt or torment. Jesus used the common designation of “foul” or “unclean” spirits, and this term covered everything from the legion of demons in Mark 5 to spirits causing sickness (see Luke 9:42) and spirits of war (see Revelation 16:13–14).

Jesus dominates all demonic powers from His position at the right hand of the Father, where He waits until all the remaining rebels are brought into subjection under His feet (see 1 Corinthians 15:20-25).

When Jesus appeared to His disciples after His resurrection, He said, “All authority has been given to me in heaven and on earth. Go therefore . . .” (Matthew 28:18–19, NASB).

No longer does the earth belong to Satan, because Jesus has regained control of the earth from the prince of the world system. Now He has sent His disciples into the world as ambassadors of heaven to proclaim and reveal His Lordship (see Mark 16:15 and 2 Corinthians 5:20).

He said that the first sign of authenticity of those who go forth proclaiming would be that they would cast out demons in His name (see Mark 16:15–17).

Casting out demons thus becomes an important component of our marching orders.

Jesus has already triumphed over sin, death and the powers of darkness. Then He has turned to His disciples and given us His authority over demons.

Can’t you just hear the voice of our Master declaring, “All authority in heaven and earth has been given to you. Go therefore!”

Those are our marching orders.

It’s time for us to walk in our God granted power and authority over the powers of darkness. Jesus has done His part. Now, it’s our turn to make His enemies a footstool for His feet!

Because of Christ Jesus,